Earlier in July we launched an online survey to find out what locals think of our plans.

We asked a series of questions, including what day of the week to hold screenings, whether there is an appetite for arthouse films in the programme, and if people are prepared to join a membership scheme to enjoy discounted tickets and other perks.

Now the survey has closed we can report the findings, which give us a firm steer about what people want and how best to provide it.

Here are the main headlines:

Taking account of these survey responses the volunteer organising committee will announce our opening programme in the coming days, along with dates, times and details of our ticket and membership prices.

Thanks to everyone who took part in the survey 🙂

If you’re interested, and in the spirit of openness, here are the results in full:

31 people responded to the survey out of 53 contacted, a response rate of 58%. 23 live in Llancarfan, 2 in Walterston and Rhoose, and 1 apiece in Llancadle, Penmark, Pancross and Porthkerry. 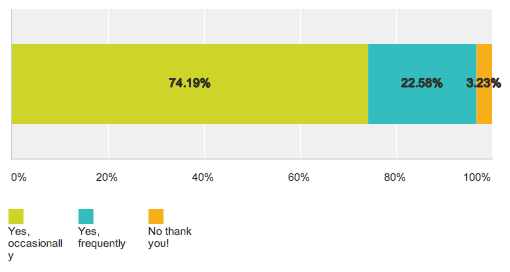 58% of people said they would like free programme notes to accompany each screening.

Two thirds of respondents (68%) said they would be interested in attending occasional weekend matinee performances aimed at family audiences. 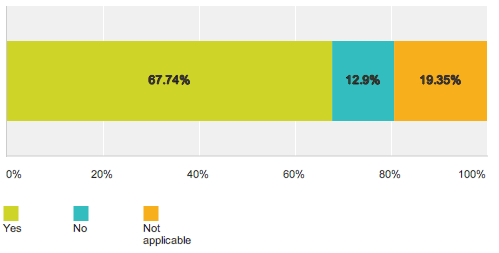 94% of respondents would be interested in joining a membership scheme if it was available.