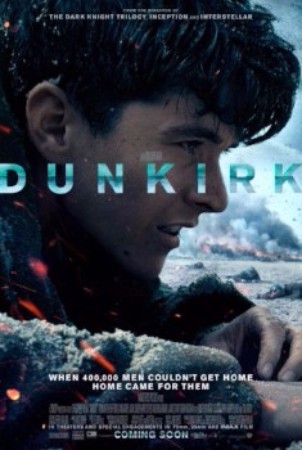 We launch our new season with a fantastic comedy that all the family will enjoy.

Lifelong friends Willie (Morgan Freeman), Joe (Michael Caine) and Albert (Alan Arkin) decide to reject retirement and step off the straight-and-narrow when their pension funds become a corporate casualty. Desperate to pay the bills and come through for their loved ones, the three men risk it all by embarking on a daring adventure to rob the very bank that absconded with their money.

“Hidden Figures” is empowerment cinema at its most populist, and one only wishes that the film had existed at the time it depicts.” Variety
Three brilliant African-American women at NASA — Katherine Johnson (Taraji P. Henson), Dorothy Vaughan (Octavia Spencer) and Mary Jackson (Janelle Monáe) — serve as the brains behind one of the greatest operations in history: the launch of astronaut John Glenn (Glen Powell) into orbit, a stunning achievement that restored the nation’s confidence, turned around the Space Race and galvanized the world.

“Anchored by a superb Gemma Arterton, Their Finest is a funny, winning, beautifully acted ode to working women and cinema.” Empire

Catrin left her home in the Welsh valleys for love. Her artist husband Ellis (Jack Huston) specialises in self-important daubs depicting industrial blight. His canvases are a tough sell. Which is why, when – for reasons that could have been more persuasively developed – Catrin is offered a job at the Ministry of Information’s film division, she jumps at the chance.

The year is 1940, London. With the nation bowed down by war, the British ministry turns to propaganda films to boost morale at home. Realizing their films could use “a woman’s touch,” the ministry hires Catrin Cole (Gemma Arterton) as a scriptwriter in charge of writing the female dialogue. Although her artist husband looks down on her job, Catrin’s natural flair quickly gets her noticed by cynical, witty lead scriptwriter Buckley (Sam Claflin). Catrin and Buckley set out to make an epic feature film based on the Dunkirk rescue starring the gloriously vain, former matinee idol Ambrose Hilliard (Bill Nighy).

Another of our Cariad Film presentations brings a little something different and special in the world’s first fully hand painted feature film produced by Oscar-winning studios Breakthru Films and Trademark Films which took 7 years to produce.

Loving Vincent, a film that uses van Gogh’s canvases as both form and function, animating them into a saga tracing his last days in Arles, where he made his greatest artist breakthroughs, to his stay in Auvers-sur-Oise, where he died in 1890 after shooting himself in the torso. The story turns into a murder mystery that revisits his suicide from multiple angles, with a young man named Armand Roulin (Douglas Booth), who was the subject of several portraits by the artist, serving as both detective and narrator.

Beauty and the Beast (PG)

A Christmas treat for all of the family to end our Autumn season.
Belle (Emma Watson), a bright, beautiful and independent young woman, is taken prisoner by a beast (Dan Stevens) in its castle. Despite her fears, she befriends the castle’s enchanted staff and learns to look beyond the beast’s hideous exterior, allowing her to recognize the kind heart and soul of the true prince that hides on the inside.

We’re pleased to announce arguably our strongest ever line up of crowd-pleasing delights!

★★★★
“Streep is glorious in Florence Foster Jenkins as she does for the aria what Les Dawson did for the piano.”
The Daily Mail

The new season gets underway with a funny and heart-warming true story starring Meryl Streep and Hugh Grant. Set in the glittering high society of 1940s New York, director Stephen Frears (who brought us The Queen and Philomena) brings to vivid life the delusions of a legendary heiress and socialite obsessed with becoming a great singer. Just one problem: Florence Foster Jenkins had trouble carrying a tune! The film has been rapturously received by audiences and critics, and Meryl Streep and Hugh Grant are both deservedly in the running for major awards.

★★★★
“A warm, witty and welcome return – intelligently evolved and an absolute hoot. As Bridget would say: ‘v.good’”
Total Film
The hapless Miss Jones is back and facing the greatest dilemma of her life as she tries in vain to work out who the father of her baby is. Renée Zellweger puts in a spirited performance as Bridget while Colin Firth is on top form as straight-laced Mr Darcy, and Patrick Dempsey makes the perfect alternative love interest.

★★★★
“With more laughs and bush challenges than an episode of I’m a Celebrity…, this is a charming and quietly quirky film that succeeds not because of big-budget special effects, but its moving yet witty script.”
The Daily Mail

★★★★
“A big-hearted picture full of magic. Off-kilter charmer.”
The Observer

This raucous comedy from New Zealand struck home with cinema goers across the globe on its release, even scooping the audience award at this year’s Edinburgh Film Festival. The film tells the story of defiant city kid Ricky, who gets a fresh start in the countryside with his new foster family: the loving Aunt Bella and the cantankerous Uncle Hec (Sam Neill). When Ricky is threatened with moving to another home, he and Hec go on the run in the bush. As a national manhunt ensues, the newly branded outlaws must face their options: go out in a blaze of glory or overcome their differences and survive as a family.

Tom Ford, best known as a top fashion designer, has crafted a superbly dark thriller in the follow-up to his acclaimed debut A Single Man.  Nocturnal Animals, adapted by Ford from a novel by Austin Wright, won the Grand Jury Prize at the 2016 Venice International Film Festival and is expected to feature strongly during the upcoming awards season.

Amy Adams and Jake Gyllenhaal star as a divorced couple discovering dark truths about each other and themselves. Susan Morrow (Adams) lives a privileged yet unfulfilled life with her husband Hutton Morrow (Armie Hammer). One weekend, as Hutton departs on one of his too-frequent business trips, Susan receives an unsolicited package. It is a novel, Nocturnal Animals, written by her ex-husband Edward Sheffield (Gyllenhaal), with whom she has had no contact for years. Edward’s note accompanying the manuscript encourages Susan to read the work and then to contact him during his visit to the city. Alone at night, in bed, Susan begins reading…

This special Cariad Film event will run without an intermission, so the tension will be maintained throughout!

★★★★★
“It is a superb film, as crisp as a stone, and staged and acted with an
absorbing and unshowy cinematic fluency.”
The Daily Telegraph

You might recall that on 15 January 2009 the world witnessed the ‘Miracle on the Hudson’ when Captain “Sully” Sullenberger glided his disabled plane onto the Hudson River, saving the lives of all 155 aboard.  However, even as Sully was being heralded by the public and the media for his unprecedented feat of aviation skill, an investigation was unfolding that threatened to destroy his reputation and his career. These events are captured with thrilling and clinical precision by director Clint Eastwood, and the ever reliable Tom Hanks’s portrayal of Sully is almost certain to be in the running for Best Actor at the Oscars.

To book tickets for any of these performances call 01446 781 144 or email llancarfancine@gmail.com

The film is director Euros Lyn’s first feature, but he has years of experience making some of the best loved and most critically acclaimed British TV dramas in recent times, including ITV’s  Broadchurch and the BBC’s Happy Valley as well as episodes of Doctor Who, Torchwood, Sherlock, Daredevil, Casualty, Black Mirror, Upstairs Downstairs and Last Tango in Halifax.

All profits from the event will go to Mary’s Meals, a charity that provides food and support for some of the poorest children around the globe- a fitting cause during this festive season.

So please join us for what promises to be another memorable night, complete with free festive refreshments and a pay bar.

“Stellan Skarsgard as a Russian defector and Damian Lewis as a British intelligence officer both give dynamite performances.”
Rolling Stone

A couple holidaying in Marrakesh are drawn into the murky world of international espionage when a Russian Mafia money launderer seeks their help to deliver classified information to the British Secret Services.

NEW ADDITION TO THE PROGRAMME:

What better way to mark the coming haunting season than hunkering down in the village hall to enjoy a highly acclaimed horror film in the company of friends and neighbours?!

It Follows won many four and five star reviews when it was released last year, and for good reason. It’s a highly effective, and very unnerving, update of the classic Hollywood ‘stalker’ movie.