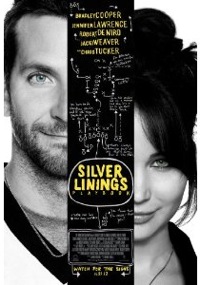 “This is a date movie that caters to the needs of both men and women: American football and comedy, ballroom dancing and romance. Silver Linings Playbook covers all those bases — and rises above them too.”
The Times

A difficult film to categorise, it’s probably safest to say its an offbeat-romantic-comedy-drama… but that hardly does justice to a film of rich and unique quality.

Jennifer Lawrence picked up the Best Actress Oscar for her part, and the charismatic leads are joined by Robert de Niro (always good value).

Tickets are now available by calling 01446 781144 or email llancarfancine@gmail.com. The film is rated ’15’ so no one under that age will be admitted.